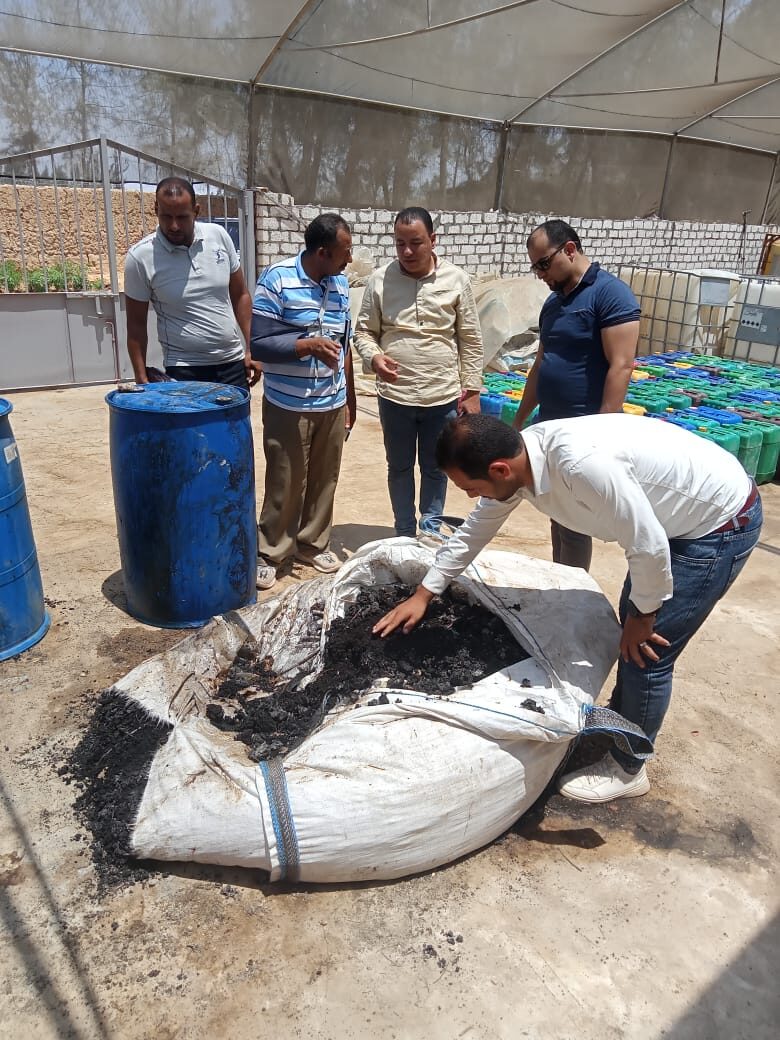 As part of our vision and objective at EBDA, we’re committed to converting all Egyptian land from conventional to organic farming through increased knowledge, increased awareness, by organizing avariety of workshops and training sessions for farmers who are just learning about organic farming. In addition to all of this, EBDA conducted a one-day composting course at Sekem Farm in Sharqia. The training was conducted by Eng. Tayseer with 7 participants who were interested in composting. Engineer Tayseer Sakr is a composting expert at Sekem Farm and specializes in agricultural science. Whether participants are new to composting or experienced composters, the training’s main goal is to impart the knowledge required to generate compost properly; That’s why EBDA decided to conduct such a training monthly as it will be every third

Saturday of the month at sekem farm  This course was created for everyone who is interested in learning composting processes on a small or large scale. In addition to in-depth lectures, the training gave hands-on practice through outdoor activities.

A four-day intensive training programme was arranged by Organic Egypt at the Sekem Farm in Sharqia Governorate. There were eight participants that attended this training from Organic Egypt, EBDA and HU. The history of organic agriculture, agroforestry, ecosystems, and biodiversity was a major focus of the course. Dr. Hassan Abo Bakr led this instruction. Dr. Hassan gave the attendees an explanation of how humans learned about agriculture and built their farming practices through observation and learning new things about it over time. He also discussed the increase of chemical pesticides and fertilizers since their discovery and the beginning of the industrial revolution, as well as how humans mishandled these products until they destroyed the ecosystem and were the cause of global warming and climate change.

The training programme included outdoor activities on the farm, and all of the attendees from the two teams went to the open fields at the Adliya and Mizan farms to see the various plant kinds and observe the biodiversity in the Biodynamic cultivated fields.  Attendees of the team took a tour of the compost facility and learned how mature compost piles differ from freshly generated compost. Dr. Hassan discussed how farmers, whether they have small- or large-scale fields, should make compost to provide organic matter to their soil and improve soil fertility.

Each day ended with an open discussion between all of them to go through feedback and take observations on what had transpired over the day and reveal their opinions about what they learned and share knowledge with each other. These open discussion circles were the most important because it opened a new phase of thoughts towards the environment and many other issues. 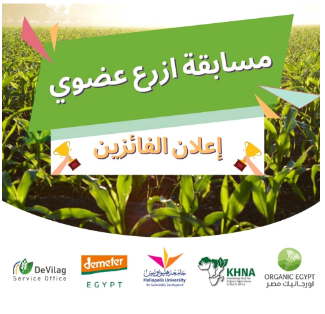 There was a competition that was sponsored in cooperation by the Organic Egypt project, Heliopolis University, the EBDA, the Knowledge Hub (KHNA) project, and Devilag for making an organic extensioning  brochure about one of the selected crops that was made in a selected list. Now the competition’s judges are pleased to announce the names of the three winners, who each made a distinct topic and attended the universities of Alexandria and Ain Shams. 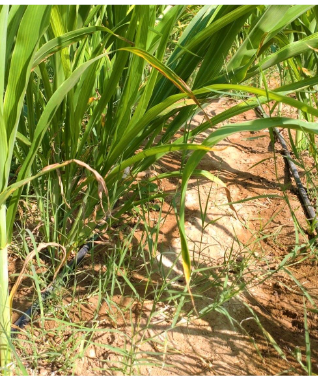 At sekem farm, Desalt team in collaboration with Nectaerra, Salt doctors, Delphy and EBDA visited the trail field as the crops in the Egyptian summer season start to develop. There are challenging conditions such as warm temperatures and high salinity levels. Although this, the project gained new insights through that visit such as; cowpea is moderately tolerant for salinity, and sorghum is a high tolerant crop for salinity. The team will monitor the progress of the crops at this saline trial field constantly through the season.

EBDA Attended the BIOFACH 2022 in Germany 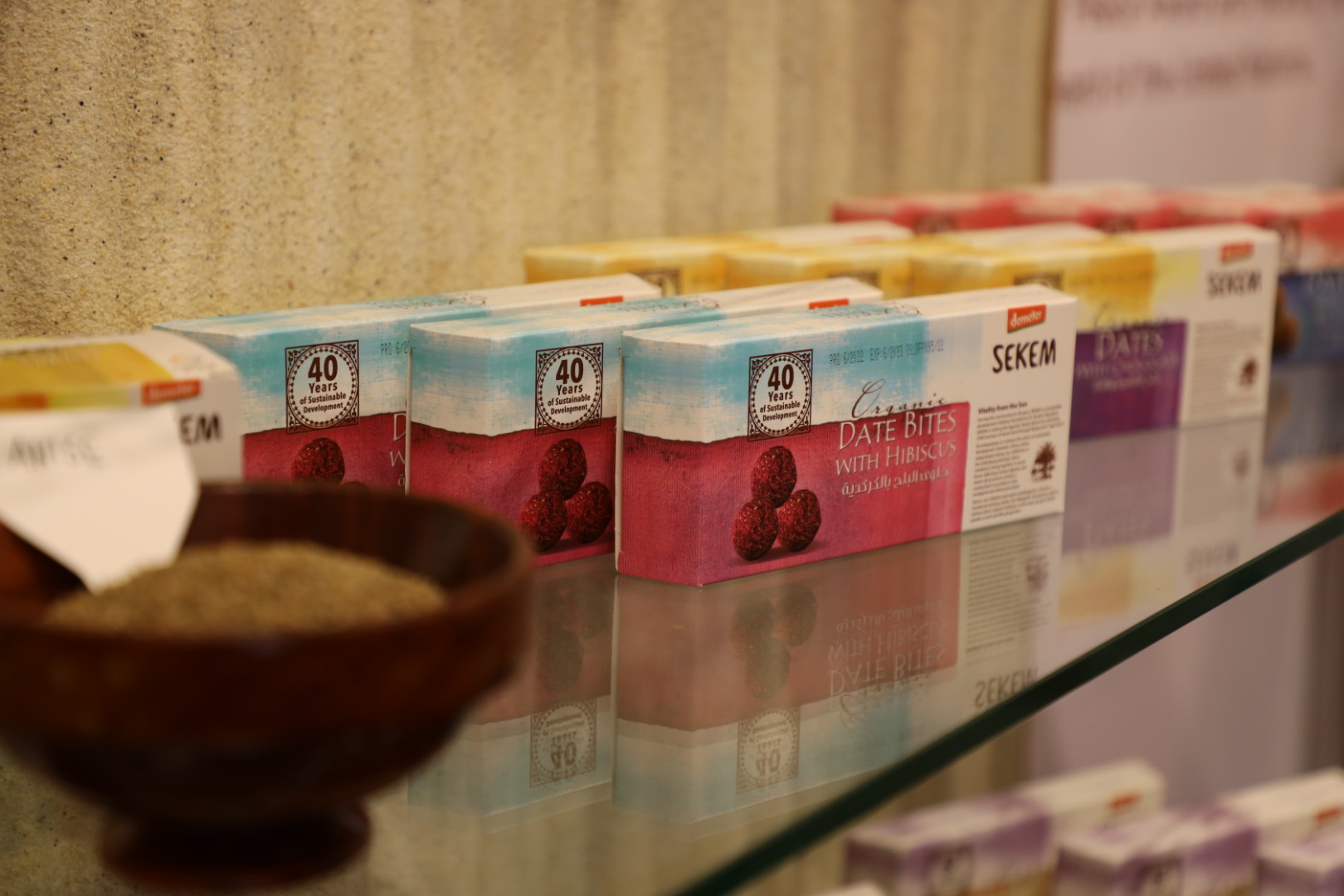 The largest trade show in the world and one of the most significant organic events is called BIOFACH it took place from 26th to 29th of July 2022. BIOFACH, which took place in Nuremberg, Germany, brought individuals from all over the world together to network and discuss their shared enthusiasm for organic food. The occasion offers the best chance for participants to connect and learn about the newest developments within the movement. The EBDA had the chance to network with international stakeholders, present its mission to promote organic and sustainable agriculture, and introduce its newest initiatives, the Economy of Love and Carbon Credits certificates, by taking part in the convention. The team were excited to explain what is EoL and Carbon Credits standards and how it works; not only to visitors passing through the boothe but also by actively going through all halls of the event. 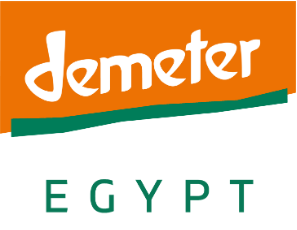 Activities, Events and Milestones of EBDA in April 2022.