First Day of the training started with introduction of each engineer and from each governorate they are working. Dr. Hassan did a cold break activity with them to let every engineer introduce himself in an ordered and professional way. After that Dr. Hassan made a free list for the rules that all participants will fill to reach a good and organized training; the participants filled that list with the rules that they want to follow freely and open mindedly. The next list followed the previous one but this time for a very important question “What do you expect to learn through this training?” and they started to share with each other and Dr. Hassan what they want to learn and gain after this training, the list ends with 25 head titles describing their needs and expectations. The first session started by dividing the participants into 5 groups for working together and answering five questions according to their knowledge and experiences. Such as “What are the characteristics of food we need to eat?” “What do farmers need to practice agriculture now?” and some more questions for the other groups. After giving each group of the participants enough time to discuss with each other and express their answers by drawing and writing it; Dr. Hassan made 2 of each group present their answers for all participants to increase their presentation skills also as another knowledge beyond the main activity.

Dr. Hassan started the second main session of the day which was about Agro ecosystems and Natural ecosystems. He explained what is the definition of each of them and the benefits for studying these systems and implementing them throughout the whole world and regarding their respective fields of employment and their own knowledge, on the other hand, these issues were exciting and beneficial for the participants. Eventually the last session was about Agroecology and Alternative Agriculture. They knew more about alternative agriculture and the history of it and learned the risks of chemical pesticides and fertilizers implementing it to the soil and environment. By the end of the day; Dr. Hassan had an open discussion with the participants to describe their reflections of the day.

A session was about Soil Fertility and Health; Dr. Hassan started with asking the participants “What is the soil?” And he made a brainstorm for them by asking them what they really know about the soil and what it is made of. He received different answers for the question and through their answers he started to build the rest of the session topics about the soil. Afterwards he divided the engineers into groups and gave a question and mission for each group. One of those groups has a mission to collect three different soil samples from different places so that they get three types of soil. Dr. Hassan explained more about the soil living ecosystem, filtirity, soil formation and structure. The second session was about  compost and composting.

Dr. Hassan explained how to make compost and differentiate between healthy, mature compost and unhealthy ones. The participants with Dr. Hassan went to the compost site to show them the compost piles and wind roses there beside explaining to them more about composting and its ingredients. Following their visit to the compost site, the participants took a trip with Dr. Hassan to the animal husbandry site, where Dr. Hana, a veterinarian, gave them an explanation of all the problems and difficulties that could affect the productivity of the industry, including how to feed, treat, and reproduce animals in accordance with organic and biodynamic standards. Eventually, Dr. Hassan did an activity with the engineers with a very interesting game called “The Nut Game” dividing them into 5 groups then each group played the game. The main goal of the game was to know the real and exact meaning of sustainability and consumption. The 5 groups have been divided on 5 different new questions regarding the carbon cycle  in an organic farm or a conventional farm, How to protect the soil?, Who lives on the soil? and more. Then they explained their answers based on their knowledge that they shared together. At the end of the day there was an open discussion to discuss their reflections of the day.

Third day of the training. The first session was about “Plant Health and Crop Management”. The day started in the morning by taking a tour of Adliya farm; the engineers there with Dr. Hassan learned how to differentiate between conventional and organic farms and knew how to make observations and see the farm details. They saw several fields such as fruit trees, research fields and medicinal and aromatic plants there. The tour in the farm for the engineers was so productive to know more about the plant diversity there. They followed up with an open discussion about what they saw on the farm. The second session was about “The Relationships of Plant and Surrounding Environment” and “The Basis of Agroecology”. After this Dr. Hassan arranged for them a glorious activity called “The Strongest Tree” after dividing them into several groups for drawing the strongest tree conditions and environment that every tree should grow in. After a light break they followed up with another topic which was about “Pest and Diseases and Weed Management in Organic Agriculture” Dr. Hassan started with basic questions for the attendees such as; What is Pest? Why are there pests on the farm?. He followed up with a very important topic which was about Pesticides and their consequences towards Human beings, Animals and Environment. Eventually Dr. Hassan explained in the next session “The Types of Insect Pests and its suggested management” At the end of the day as usual there was an open discussion for sharing knowledge and their reflections about the day.

The last day of the training. It was a short light day but it was very fruitful for the participants also. The two sessions were about “Introduction to Biodynamic Agriculture and its Biodynamic Preparations”  Dr. Hassan started with mentioning the pioneer of biodynamic agriculture Rodulf Stiener and he continued how Rodulf knew these cosmic forces and who implemented them and more about the history of Biodynamic Agriculture. After this Dr. Hassan explained the main resources and ingredients of BP and how sekem is the first farm who produce and implement biodynamic preparations and agriculture in Egypt by the main pioneer of BP “Ms. Angela Hofmann” who was there also attending the closure day with the engineers and Dr. Hassan. At the end of the day all participants shared their experiences through the training and expressed their opinions and what they aim to do and learn through the next training they are going to attend. And Dr. Hassan gave each engineer a paper to write down what they have learned, aimed to learn and what did they like during the training?

One day training for the EBDA engineers about ERP-next tool 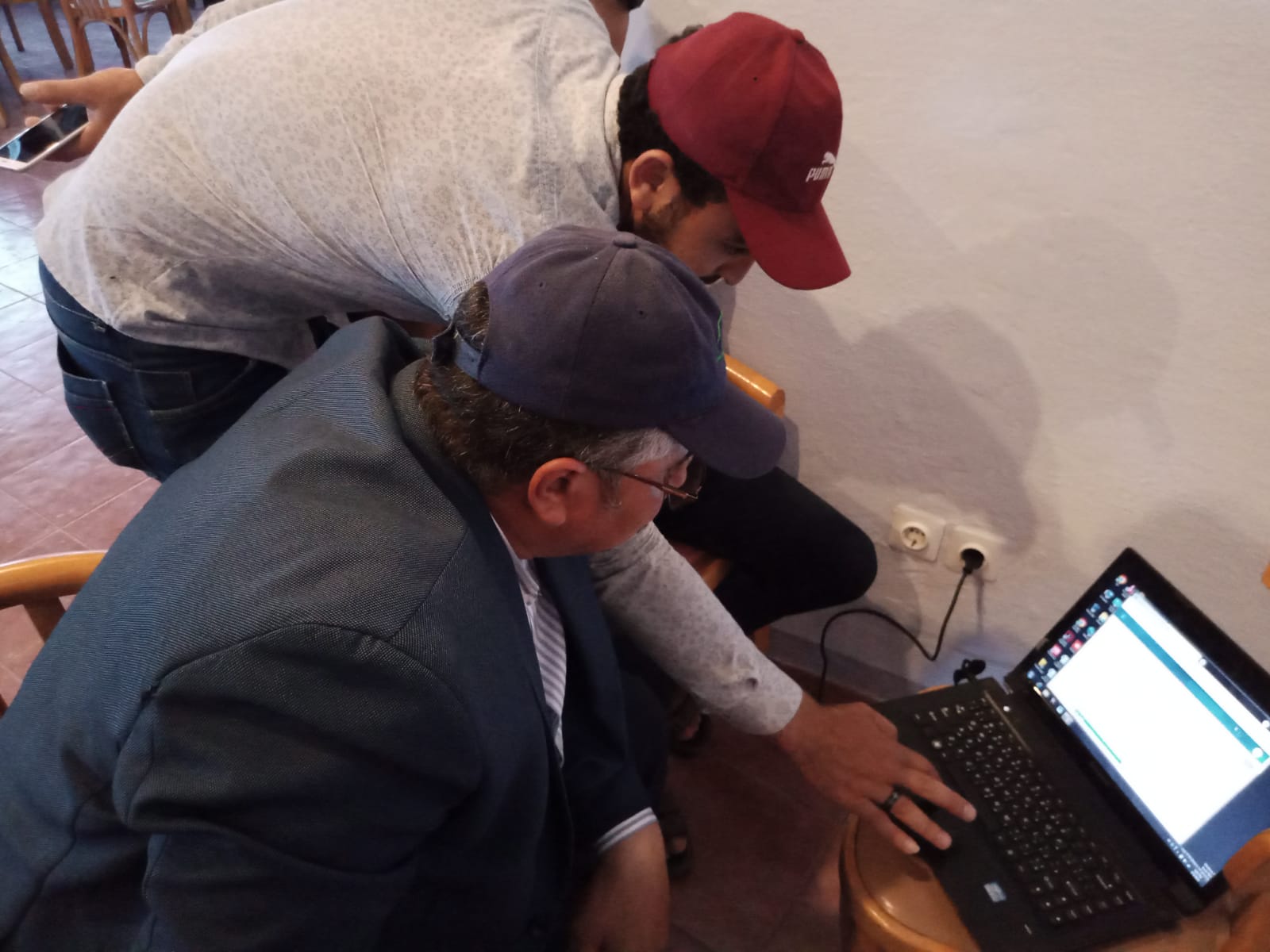 Regarding the new required carbon data that should be added on the ERP-next tool for each farm, EBDA made a whole day training for the engineers explaining to them what is the data that is required and how to put these data and how to measure it and collect it from the farm. The training was conducted in sekem farm in Sharqia governorate and was led by Eng. Hend Hany, Mr. Youssef Mohamed, Eng. Hesham Mohamed  and Eng. Kareem Salah. All the trainers explained to the engineers about the data and the platform itself. As well as they discussed with them all the challenges that the engineers are facing regarding putting all the carbon data that required.

Activities, Events and Milestones of EBDA in April 2022.

The different Activities, Events and Milestones of EBDA in Nov 2022.